Message from the Head 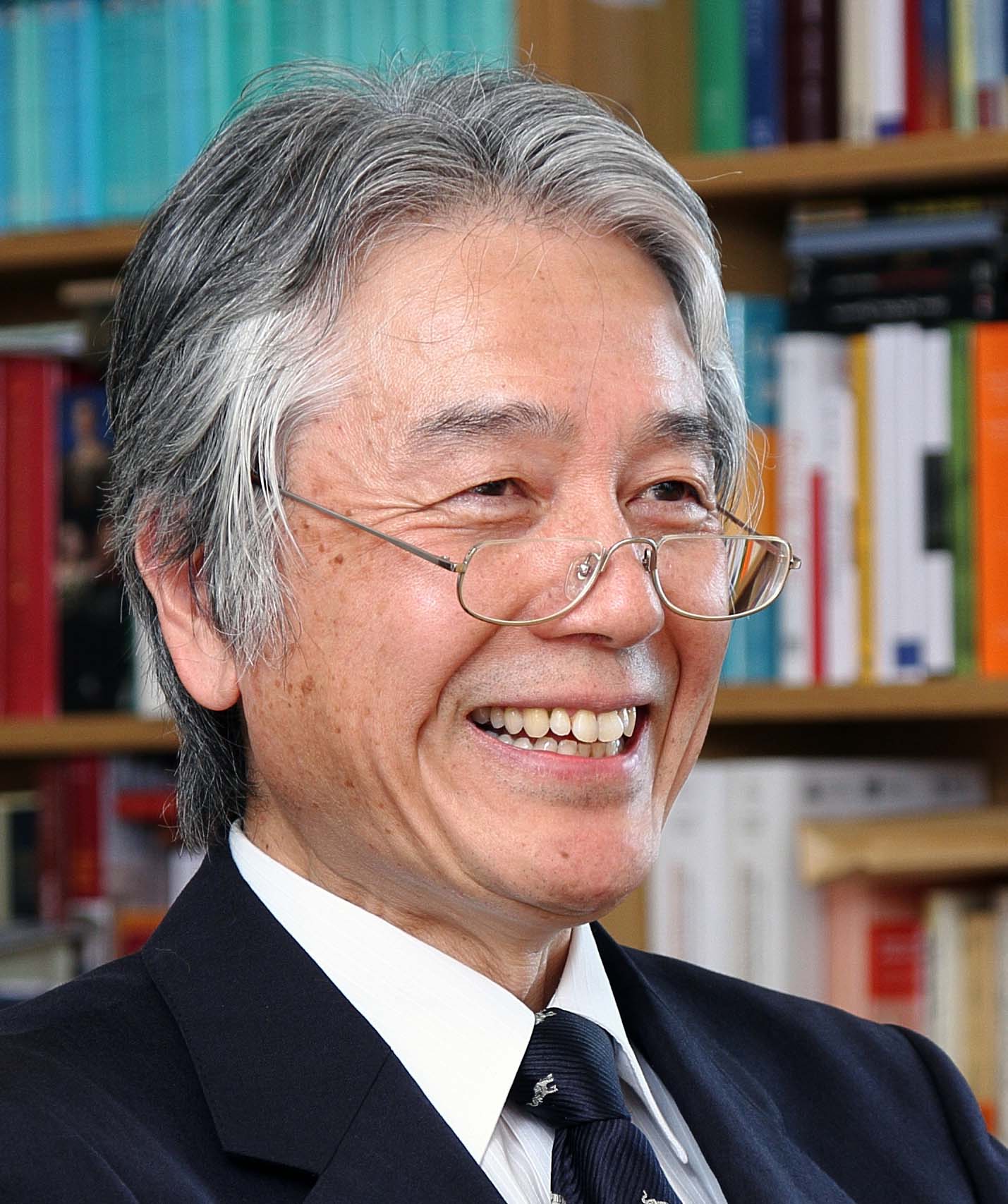 Prof. Akihiko Akamatsu
The Head of E-NER
in Kyoto Univ.

The Keihanshin Consortium for Fostering the Next Generation of Global Leaders in Research (K-CONNEX) was launched in February 2015 with funding from the Ministry of Education, Culture, Sports, Science and Technology (MEXT) and the Japan Science and Technology Agency (JST), for the purpose of “Building a consortium for developing human resources in science and technology”. The consortium consists of Kyoto University, Osaka University, and Kobe University as its core members, and also incorporates the National Institute of Advanced Industrial Science and Technology (AIST) and the Kansai Economic Federation (Kankeiren) in the Kansai area. This consortium aims to establish a novel framework that enables to develop human resources who lead the next generation research as distinguished young researchers through collaboration of academia and allied sectors.

In spite of the recent increase in the number of PhD holders since the introduction of the policy of prioritizing graduate schools in Japanese universities, we have encountered a serious problem in the conventional system in fostering the young PhD holders as the next-generation researchers. Since 2011, it has been strongly recommended to establish an improved system including an increase in number of the stable posts and the promotion of more affordable mobility under an environment with high flexibility and support.

In response to such an urgent request, MEXT and JST selected 4 different proposals for consortium projects. Among them, our K-CONNEX is characterized by the partnership among three major universities, Kyoto University, Osaka University, and Kobe University, along with allied sectors in Kansai area to achieve nurturing of the next-generation researchers. Although the positions provided by this project are small in number, we believe that those who are appointed as K-CONNEX faculty will carry out outstanding research under the support from this fund and will hopefully be leading researchers in the near future.

All the members of K-CONNEX are willing to support the young researchers to fulfill their goal as the next-generation researchers. Any positive support and suggestion will be highly appreciated.

Profile of Prof. Akamatsu
Prof. Akamatsu was born in 1953 in Uji city in Kyoto Prefecture. He entered the Division of Philosophy in the Faculty of Letters at Kyoto University in 1972. In 1981, with a scholarship from the French government, he transferred from Kyoto University’s Graduate School of Letters to a doctoral course in Indology at l’Universite Sorbonne Nouvelle – Paris 3 (PhD., 1983). After returning home, Akamatsu joined Kyoto University’s Institute for Research in Humanities (Zinbunken) as an assistant professor, and then served as a faculty member and professor at Kyushu University. In April 2001, he became professor of Indian Philosophy at Kyoto University’s Graduate School of Letters. He became dean of the graduate school in April 2010, and then, in October of the same year, he became executive vice-president for student affairs of Kyoto University. In 2014, he retired from the office and returned to a professor at the Graduate School of Letters. After his retirement in 2018, he is assigned to additional posts of the Director of Hakubi Center and Head of the Center for Enhancing Next Generation Research. His major interests of the research are Indian Philosophy and Sanskrit studies. He also works to enhance academic recognition of the value of the humanities. His recent publications include Ten Lectures on Indian Philosophy (in Japanese) (Iwanami Shoten 2018) and “Doxography and Perspectivism in Premodern India: How is it Possible to be Neutral?” in Structural Transformation in Globalizing South Asia: Comprehensive Area Studies for Sustainable, Inclusive, and Peaceful Development, Senri Ethnological Studies 96 (2017), edited by Minoru Mio (Director of Centre for South Asian Studies at the National Museum of Ethnology).

Cooperation making use of geographical advantage

The three universities, which are located in the Kyoto-Osaka-Kobe area, have actively collaborated as attested by the large number of joint papers published. They have also created integral innovations in the Kansai Innovation International Strategic Comprehensive Special Zone. The consortium will dispatch a new model for supporting cultivation of young researchers by making use of the geographical advantages of Kyoto, Osaka and Kobe. 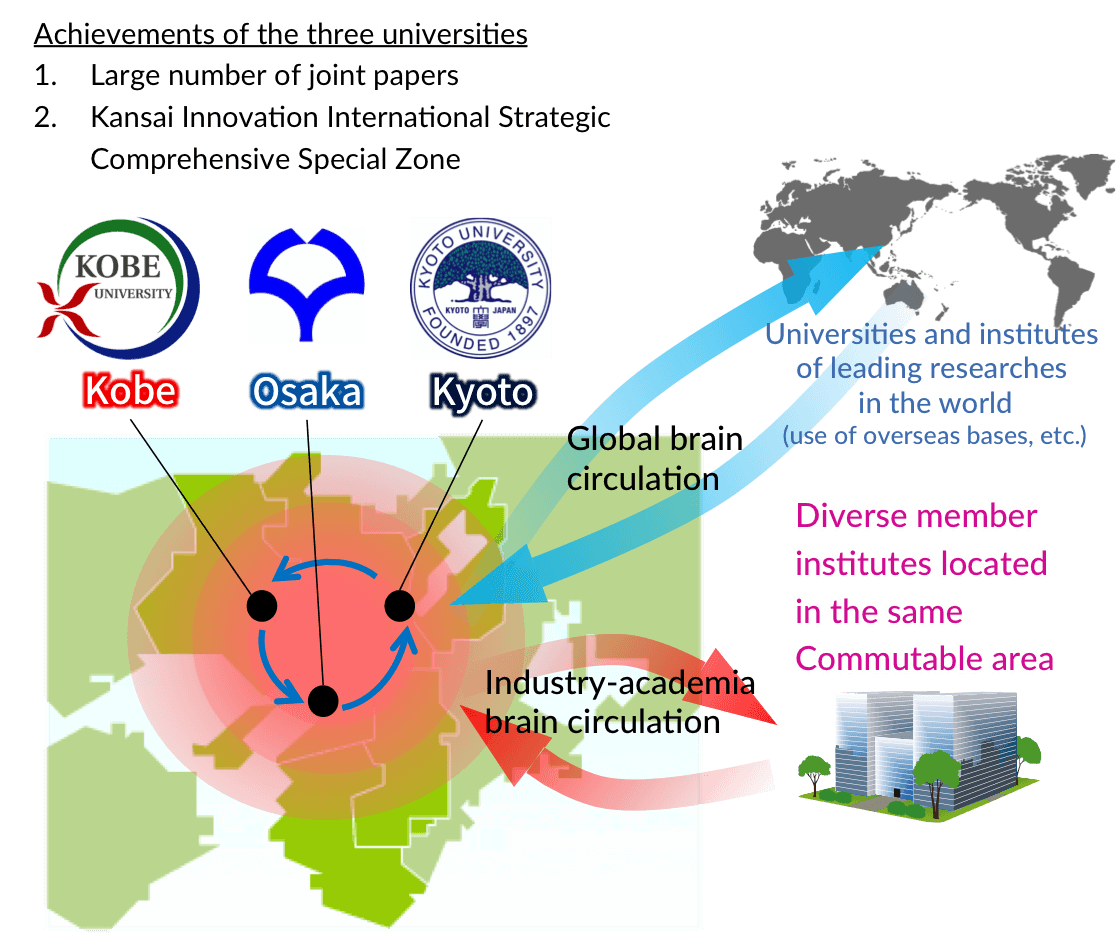 The logotype of K-CONNEX was created based on two motifs. One is an “asterisk”. The asterisk is a “small star” and represents young researchers. Customarily in academia, an asterisk symbolizes “a statistically significant difference” and is also a symbol of multiplication. The other motif is an “arrowhead”. The sharp edges of the arrowhead represent “prominent researchers”. Flying arrows also project an image of “sending research and results to the target in an appropriate manner”. With the two motifs, the logotype of K-CONNEX represents “prominent researchers enhancing each other synergistically”. 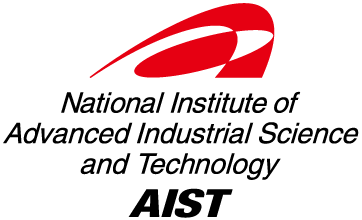 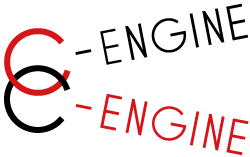