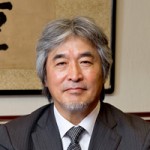 For academic research in our country to continue playing the respected role and undertaking missions entrusted by society today and in the future, it is essential to foster young researchers into the next generation of global leaders in research. Such an action will not only contribute to academia and industry but will also undoubtedly lead to development of a profound culture. Three universities in the Keihanshin (Kyoto + Osaka + Kobe) area decided to start a consortium for fostering human resources having the imagination, integration, and execution abilities required of next-generation global leaders in research.
Kyoto University, Osaka University, and Kobe Universities are located in the same area of Japan called “Kansai” and have a long history of mutual cooperation and information exchange of academic research, education, and social contribution. Recently in 2007, the three universities started a “joint symposium of Kobe, Kyoto, and Osaka Universities”, reached an agreement on mutual cooperation, and have constructed other active and effective cooperative systems in order to foster human resources who will contribute to activation of research in the Kansai region. The three universities are also acting to contribute to society by building a new system of joint academia-industry projects such as active research and human resource exchange programs with the industrial world.
The strongest point of K-CONNEX lies in the flexible and strong cooperation among the three universities, each maximizing their advantages and complementing each other in building a system for fostering young researchers. I expect that this organic fostering system will function above everyone’s expectations and will produce a large number of next-generation global leaders in research who have broad perspectives. I would like to ask for your advice and support on this new initiative. 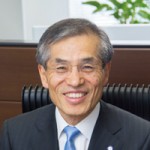 Today we are facing many and diverse global and complex issues such as environmental problems, issues of resources and energy, religious intolerance, ethnic conflicts, and the changing population problem. In such a world, I believe that the most important mission of a university is to open itself to the human community as this is the key for solving issues that confront human society and for contributing to the advancement of sciences and maximal innovation.
K-CONNEX aims to construct an unprecedented system for fostering young leaders in research based on cooperation among the three universities, each of which uses their strong points, and with cooperation with the industrial world and research institutes inside and outside Japan. Under such a framework, I expect that universities will actively work jointly with “commercial wisdom” outside academia, contribute to creation of new study results and innovations, and serve as a launcher for young researchers of the Consortium to make great strides as next-generation leaders in research. I would like to ask for your advice and support on K-CONNEX activities. 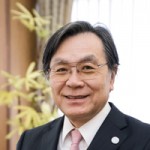 Japan is facing rapid social changes, such as a super-aging society, declining birth rates, globalization, and progress of open innovation. For a national university to respond to the expectations of society under such circumstances, it is crucial to construct a system for cultivating excellent young researchers who will innovate in the next-generation society by creating an environment where young researchers can fully realize their abilities and play active research roles. This is also indispensable for future sustainable development of scientific technologies and sciences. K-CONNEX will promote challenging actions for constructing new models for fostering excellent young researchers with three universities in the Kinki region making best use of their advantages and building a strategic relationship of mutual cooperation with other universities, research institutes, and the industrial world. Kobe University holds a new vision of “Toward global excellence in research and education” and is acting to produce human resources who continuously create new values for solving social issues, etc. toward achieving the goal. Through united activities of the Consortium, Kobe University will continuously produce next-generation global leaders. I would like to ask for your advice and support on K-CONNEX activities. 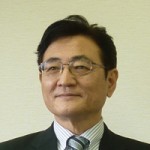 This project was adopted in October 2014 and aims to foster prominent global research leaders of the next generation. It involves forming a consortium with Kyoto University, Osaka University, and Kobe University as the core members to improve the unstable research environment for young researchers. I think that an attempt like this project, which cultivates research based on independent and free ideas of young researchers in the broad consortium framework of a plural number of universities and collaborative institutions, will be a new axis for raising the standard and actualizing sustainable development of academic studies in Japan.
In this project, fostering- and support-programs will be deployed for improving the abilities of young researchers in carrying out research, obtaining research funds, and dispatching information via personnel and information exchange across borders of universities and research fields. Information exchange will not be limited to inside academia, but programs will be constructed for academia-industry information exchange by cooperating with industry. I believe that producing excellent young researchers from this project will contribute to the progress of academic studies not only in Japan but across the entire globe. I would like to ask for your advice and support. 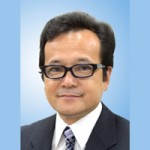 This project involves forming a consortium with Kyoto University, Osaka University, and Kobe University as the core members and aims to foster prominent global research leaders of the next generation. In such a framework, a system that will lead to career enhancement of young researchers will be constructed by using the strong points of each university and will expand research and human exchanges with universities outside Japan, research institutes, and research divisions of the industrial world mainly via the fostering programs provided in the consortium for improving the abilities for gaining research funds.
Osaka University aims to actualize a “concerto of knowledge”, in which various forms of knowledge across borders of culture, language, ethics, and study fields interact with each other to play a single melody and “co-creation of knowledge” which creates innovative knowledge by diverse viewpoints and intersecting ideas.
I expect that this consortium will provide opportunities for people of diverse backgrounds such as universities, research institutes, and private companies to exchange knowledge, and this would provide young researchers with opportunities to realize the “concerto and co-creation of knowledge”. I would like to ask for your advice and support on this new initiative. 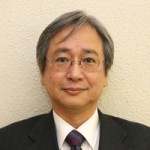