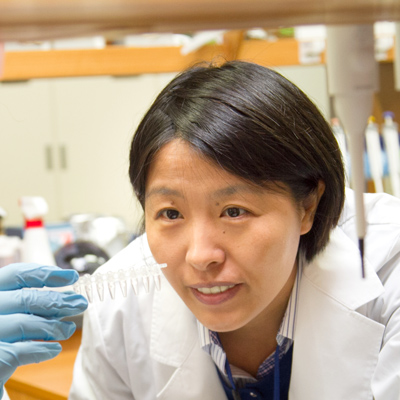 Neuroscience
Program-Specific Associate Prof. of the Institute for Integrated Cell-Material Sciences (iCeMS) at Kyoto University
Obtained her PhD at University of Southern California in 2004. Worked as a fellow at the University of California, Los Angeles, and RIKEN, and assumed the position of Assistant Professor in iCeMS. Appointed to current position in October 2015.Left K-CONNEX in March 2020.
Research Overview

When we learn, the neural network in the brain undergoes structural changes involving diverse phenomena. One of them has been revealed to be formation of new synapses, or junctions between neurons, during learning. In our laboratory, we are working to develop a system for observing the living brain of an organism and monitoring the movements of molecules that are involved in synapse formation during learning in real time. The axis of our research is the improvement of live-imaging technology, but we are also collaborating with a number of specialists from fields such as learning and memory during our research.

Messenger RNA transported to the synaptic terminal is the key to synapse formation.

The brain is a “plastic” organ that can undergo many changes. When neurons in the brain receive repetitive stimuli, new synapses are formed, and the efficiency of information transfer changes. In other words, synapse formation is a construction site of learning. We wish to explore what kinds of molecules are at work here. Past studies have shown that the messenger RNAs (mRNAs) of a neurotransmitter protein called sensorin are not retained near the nucleus but are transported to the synaptic terminal where they are condensed and translated into protein when the neuron receives an input stimulus. It was confirmed that no synapse formation occurred when sensorin translation was inhibited. This shows that the transport of sensorin mRNA to the synaptic terminal and its translation there are essential for synapse formation.

Now that we have identified a key molecule , new questions arise. How are the mRNAs transported over such a long distance from the nucleus to the synaptic terminal? How is the translation initiated at the synaptic terminal? What is the function of sensorin in synapse formation? To study these molecular mechanisms, we are making full use of imaging technologies.

To observe the microlocalization of sensorin mRNAs, the mRNAs were labeled with fluorescent dye and were observed using an imaging technology called fluorescence in situ hybridization (FISH). We labeled various sections of the mRNA and observed them repeatedly. We discovered that 66 bases on the 5’ UTR play an essential role for the sensorin mRNA to move to the synaptic terminal.

As we obtained conclusive evidence that mRNAs from the nucleus move to the synaptic terminal, we then developed a live-imaging method for monitoring the movements of mRNA. The conventional FISH method described above cannot label a living cell because of the characteristics of fluorescent pigments. Pigments used in FISH, such as FITC and Cy5, emit fluorescence when exposed to excitation light. Therefore, the entire cell glows unless the excess probe molecules are washed away. To wash away the probe molecules without destroying the observation image, the cell needs to be fixed in place, which results in killing the cell.

With Prof. Akimitsu Okamoto (Professor at the School of Engineering of University of Tokyo), we developed thiazole orange, a pigment that emits fluorescence only when it is bound to a target sequence. When not bound, the pigment does not glow even if exposed to excitation light. Therefore, it not necessary to wash away the excess pigment; it is only necessary to label the target in a living cell, and the target can be observed. By using this method named ECHO-FISH, live imaging of endogenous mRNA became possible. We have also succeeded in observing not only a thin layer of cultured neurons but also the movements of labeled RNAs in a thick organ such as in the brain of a living mouse. Actually, we labeled specific neurons in the brain of a mouse embryo and observed how the neurons moved over several days.

Further approach to the mechanism of memorization and learning

In the next study, we are planning to use the ECHO-FISH method, establish conditions similar to actual learning, and monitor the movements of molecules. In concrete terms, a mouse with a probe inserted into its brain will be given an incentivized learning task using images, switches and rewards such as water or food. In this manner, we expect to be able to observe in which part of the brain synapse formation occurs during the process of learning. By further developing this kind of observation, we will be able to investigate how a complicated brain constructs a network and finally may be able to unveil how consciousness and personality are formed.

However, there are still issues to be solved in order to achieve these goals. On the technical side, methods must be developed for verifying whether signal targeting has truly succeeded or not. I also hope to develop the necessary technology for observing deeper sections of the brain while increasing signal sensitivity. Damage to the living organism also needs to be reduced. In the research design, it is necessary to decide which part of the brain is to be observed in which experiment. We are aiming to solve these issues through discussions with a number of specialists in fields learning and memory and elucidate the functioning of the brain during learning, which is a topic of great interest for us. 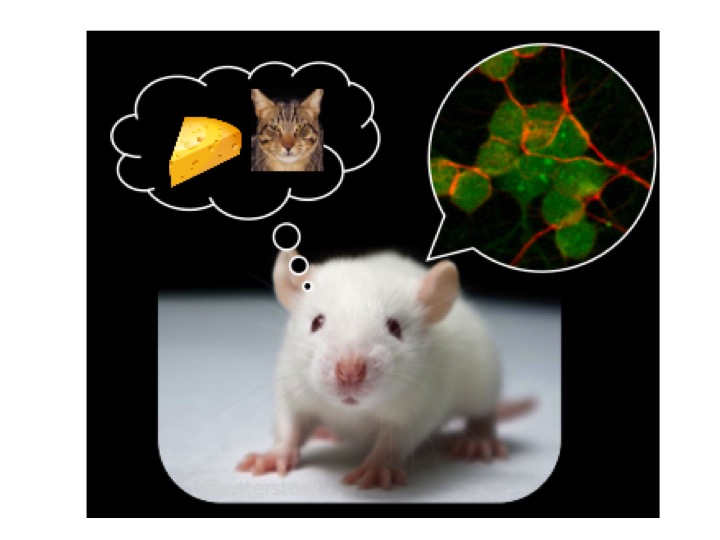 Imaging the inside of the brain of a living animal

This article was supported by Leave a Nest Co., Ltd. and NAI,Inc.