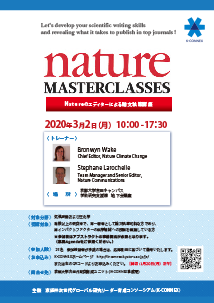 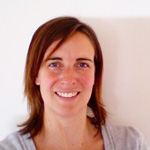 Bronwyn joined Nature Climate Change in 2012. She has handled research manuscripts and review and opinion articles across the entire breadth of physical climate sciences, the marine and aquatic environment, and interdisciplinary articles integrating natural and social science disciplines in the context of climate and global environmental change. In November 2014 she moved to the Sydney office before returning to the London office to become Chief Editor in May 2016. Bronwyn completed her postgraduate studies at University of Tasmania, Australia, with a PhD in trace element biogeochemistry and first class Honours in Antarctic Studies. Her postdoctoral work at the University of Southampton, UK and European Institute for Marine Studies, Brest, France focused on trace metal cycling in marine waters and their roles as micronutrients for phytoplankton. Bronwyn is based in the London office. 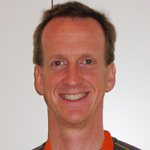 Stephane joined Nature Communications in 2014 following two years as an associate editor at Nature Structural & Molecular Biology. He received his PhD in molecular biology from McGill University followed by post-doctoral work at Memorial Sloan-Kettering Cancer Center and Icahn School of Medicine at Mount Sinai in New York City. Stephane is based in the New York office where he leads a team of editors that handles a broad range of manuscripts which aim to decipher the molecular mechanisms underpinning cellular physiology, from large scale epigenetics and proteomics down to the structure and biophysics of single proteins